So new, it hadn’t even been labelled when it claimed a top trophy at the Hawke’s Bay A&P Bayleys Wine Awards last month, the Trinity Hill Wine Single Vineyard Prison Block Cabernet Sauvignon 2018 (RRP: $120) is now available to purchase for a limited time. 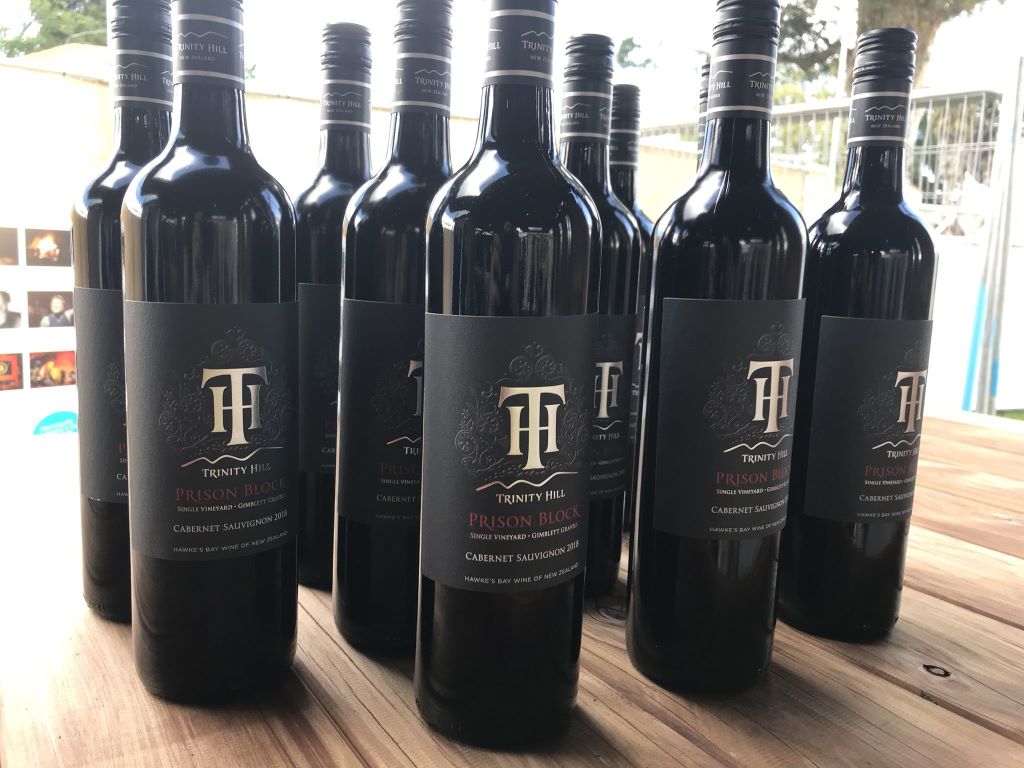 Only 60 dozen bottles of this extraordinary wine will be offered – the majority through the Trinity Hill cellar door, with a handful available via selected retailers and premium restaurants.

The wine, grown on a small parcel of Gimblett Gravels land once earmarked by the government as the site of a new regional correctional facility, is “genuinely rare and special,” according to Trinity Hill Marketing Director Michael Herrick.

“It’s a celebration of both the region, and the soil – an outstanding example of time and place,” Michael says. “We think it’s one of the most incredible Cabernet wines we’ve produced to date – distinctive and rich, with notes of blackcurrant, cedar and cigar box. It’s very rare to find an example of single vineyard Cabernet Sauvignon in Hawke’s Bay.

This represents an exciting new journey for Trinity Hill to champion Hawke’s Bay and celebrate how exceptional these special sites can be.”

Michael says the site, nestled against the banks of the Ngaruroro River, is the ideal environment for Cabernet Sauvignon. “It is one of the stoniest parts of the gravels, just on the other side of the hill from the winery. You can still see the area that was marked out for the prison. We’ll be forever thankful that those in office in the 1980s figured out the soil was actually very special, and better suited to vines over villains.”

The Single Vineyard 125 Gimblett Chardonnay 2018 (RRP: $80) references the address where the parcel of Chardonnay grapes grow – a lower area of land with heavier silt, ideal for Chardonnay.

Each of the three wines will benefit from cellaring, Michael says – the Single Vineyard Prison Block Cabernet Sauvignon for up to 15 years.

More information on each wine can be found on the Trinity Hill website: www.trinityhill.co.nz and wines can be purchased online.