This popular wine has a legacy of show success dating from its 2006 vintage and has a reputation as on one of Central Otago’s most consistent quality Pinot Noirs.

Reflecting on this success, Winemaker Malcolm Rees-Francis commented “We’re very pleased with the performance of the 2017 Rockburn Pinot Noir, the vintage was uniquely challenging with a protracted flowering and huge variability within the grape clusters at vintage. The wine certainly has an interesting story to tell!” 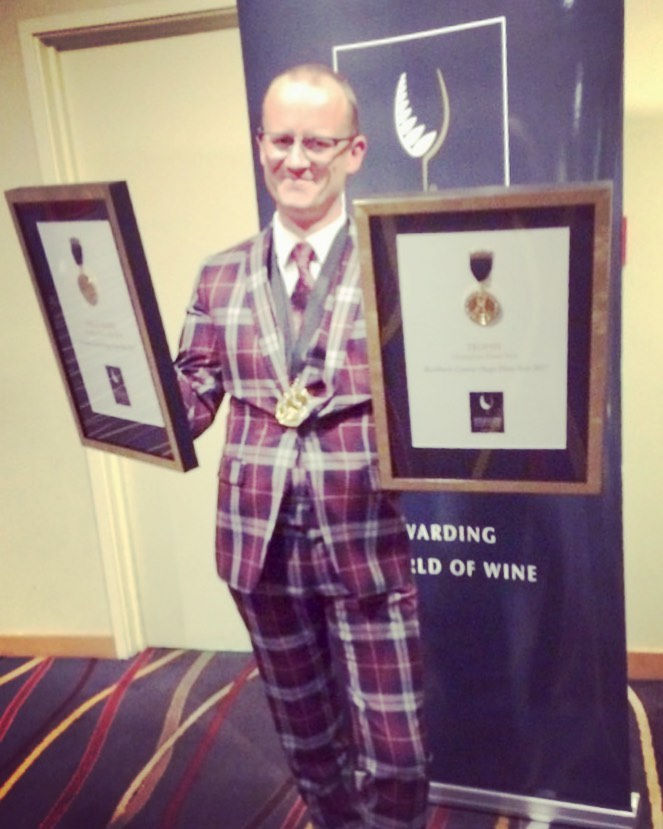 The wine is crafted from fruit sourced from Rockburn’s two vineyards in the Gibbston and Parkburn sub-regions of Central Otago, both which bring unique characteristics to the wine.  Both vineyards are well established within the region with some plantings dating back to the early 1990’s. Generally available in New Zealand, Rockburn Pinot Noir is also exported to the industry’s key export markets.

“With 36 gold medals awarded in the Pinot Noir class this year, Rockburn was in the company of many great producers and we are delighted to have received the Champion Pinot Noir trophy.  21 of the Pinot Noir gold medals were awarded to Central Otago wines, which continues to cement this region as a consistent producer of New Zealand’s premier Pinot Noir” commented Rockburn General Manager Rebecca Poynter.   “Furthermore to then be awarded Champion Wine of the Show is a wonderful testament to Rockburn’s winemaking and viticulture and the unrelenting commitment to premium quality.”

A further wine from the Rockburn stable, “The Art” Pinot Noir 2016 also received a gold medal on the night.  This is a single vineyard wine from a premium site in Bannockburn and produced in limited quantities.

291 gold medals were awarded in total at the show across all categories, the largest number to date, with organisers describing the result as a reflection of the outstanding 2019 vintage in New Zealand, the run of excellent vintages in Australia and the overall quality of the entry submissions.