The collaboration, called ConversatioNZ, has been joined by official media partner Cuisine magazine to create a sustainable partnership to boost the country’s profile, emphasising the vast array of fresh, high-quality produce available nationwide. 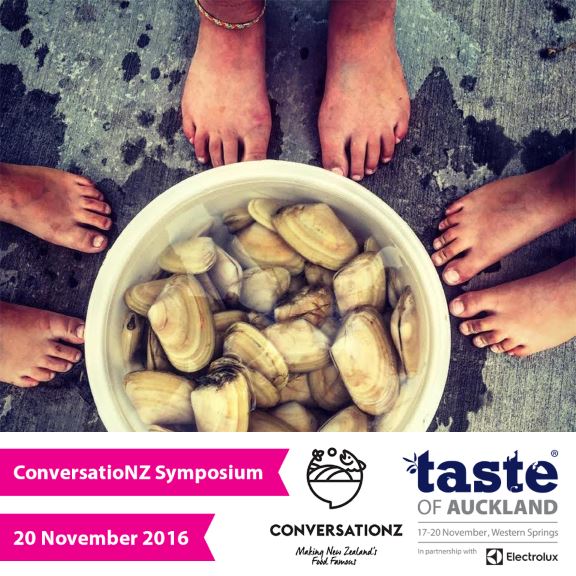 ConversatioNZ has started a Pledgeme page in an effort to make their cause sustainable for the future.

The movement was started by three-hat chef Giulio Sturla, from Roots restaurant in Lyttelton, in 2015.

Chefs and restaurateurs like Al Brown, Fleur Sullivan, Tony Stewart and Tom Hishon have joined the movement, alongside organisers of Taste of Auckland, Wellington on a Plate and Beervana.

Giulio Sturla said the crowd-funding provided the opportunity for the movement to go forward.

“It’s just to make this project sustainable, and we need you this time,” Sturla said.

The movement seeks to create a forum to encourage collaboration within the industry and create more sustainable food systems.

The collaboration also seeks to boost New Zealand’s food tourism industry, to show off what the country has both internationally and within its borders.

“I’m sure that if we do it together, we will achieve our dreams.”

To do that, they are hoping to raise $30,000 over the next month through their Pledgeme site.

That money will allow the movement to employ someone on a part-time basis to keep things going. Without that money, the movement will stall – as those involved are all running their own businesses.

She said the collaboration was a commitment to what was a “very special and growing movement”.

Partnering with ConversatioNZ was important, because it was something “we’re all invested in”, Brett said.

“Cuisine has the responsibility to drive that conversation.”

ConversatioNZ co-ordinator Angela Clifford said this was a first for the country.

Among the incentives for pledging to the cause are several fine-dining opportunities at some of the country’s best restaurants.

Clifford said some of the country’s best chef’s had put their hands up, giving their time and energy for the cause.

One of those incentives is a privately catered evening from Jonny Schwass, from Christchurch’s Harlequin Public House and Mrs Hucks.

Schwass is one on a long list of well-known people in the industry who are supporting the cause.

In November, ConversatioNZ will hold a day of talks about Kiwi food, with influential chefs and producers giving their take on the current food environment.

There are 200 tickets to the November 20 event offered as rewards for donations.