George Bunnett from Irrigation Services became the Corteva Wairarapa Young Viticulturist of the Year 2020 on 20 August following the competition which took place at Craggy Range Te Muna Road.  This is the second year in a row, he has taken out the title. 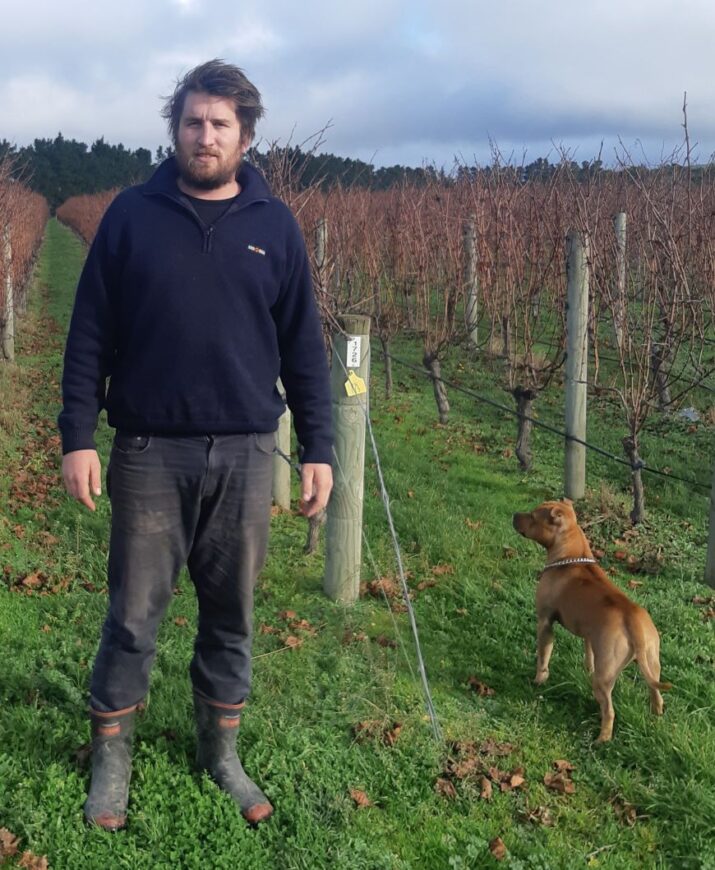 Due to Covid-19 Alert Level 2 restrictions still being in place in Wairarapa, the competition was held behind closed gates, thereby limiting numbers to well below the government guidelines of one hundred people. Only contestants, judges and two supporters per contestant were in attendance.

Health and safety was a priority and the regional team, headed up by Rowan Hoskins from Escarpment, worked hard to ensure everything was in order for the competition to run in a safe environment. Being outside and spread out across the vineyard as contestants rotated from station to station also ensured social distancing was well observed along with high levels of sanitisation.   “It was still a great day despite being smaller” says Hoskins, “and everyone still really enjoyed themselves.”

Congratulations also goes to Kate Cameron from Escarpment who came second and Laura-Beth Feary from Urlar who came third.

For the very first time the Wairarapa competition had a full house of eight contestants and they all impressed the judges with their knowledge and enthusiasm.  The other five contestants were Hannah Pause from Te Kairanga, Hilary Forster from Matahiwi, McKenzie Smith from Craggy Range, Rob Jasionowicz from Escarpment and Sonia Saba from Luna Estate.

The Young Vits were tested on all aspects of vineyard management, including trellising, vineyard and nursery knowledge, machinery, pests & diseases, irrigation and budgeting.  There was also an interview and quiz as well the popular BioStart Hortisports.  This race was won by George Bunnett.  McKenzie Smith took out the Ecotrellis trellising prize and the new Professional Reputation Award, sponsored by Ormond Nurseries was won by Laura-Beth Feary.

As the dinner was cancelled due to the sudden change to Alert Level 2, the speeches were given at the end of the day and the winners announced then.

George Bunnett will go on to represent Wairarapa in the National Final in October being held in Martinborough this year, so will be on his home turf.  This is being held in conjunction with the 15 Year celebrations of the Young Vit competition.

The practical day will take place on 7th October at Ata Rangi and the national finalists will give their speeches at the conference the following day.  The fifteenth winner will then be announced at the celebration dinner.  There will be a total of six finalists, with the others coming from Auckland, Marlborough, Hawke’s Bay, Central Otago and North Canterbury.  Plans will of course be adapted, if necessary, to be in line with current Covid-19 Alert Levels, although it is hoped the country will have long been back at Alert Level 1 by then.

The national winner will not only become the Corteva NZ Young Viticulturist of the Year 2020 but will win an amazing prize package of a Hyundai Kona for a year, an Ecotrellis Travel Grant, a Corteva educational trip to Australia, Bahco golden secateurs, a leadership week and cash.

There are also cash prizes from AGMARDT for the top three national finalists research projects.