Following three days of judging over 1200 wines, 75 gold medals have been awarded at the New Zealand Wine of the Year™ competition.

Chair of Judges Warren Gibson says it was particularly pleasing to see a spread of gold medals throughout the majority of the New Zealand’s wine regions. The larger areas of Marlborough, Hawke’s Bay and Central Otago again took out the lion’s share of the awards, with multiple golds also given to the Gisborne, Nelson and Canterbury regions. Golds were also awarded to the Wellington and Auckland regions with Northland achieving strong silver medals. 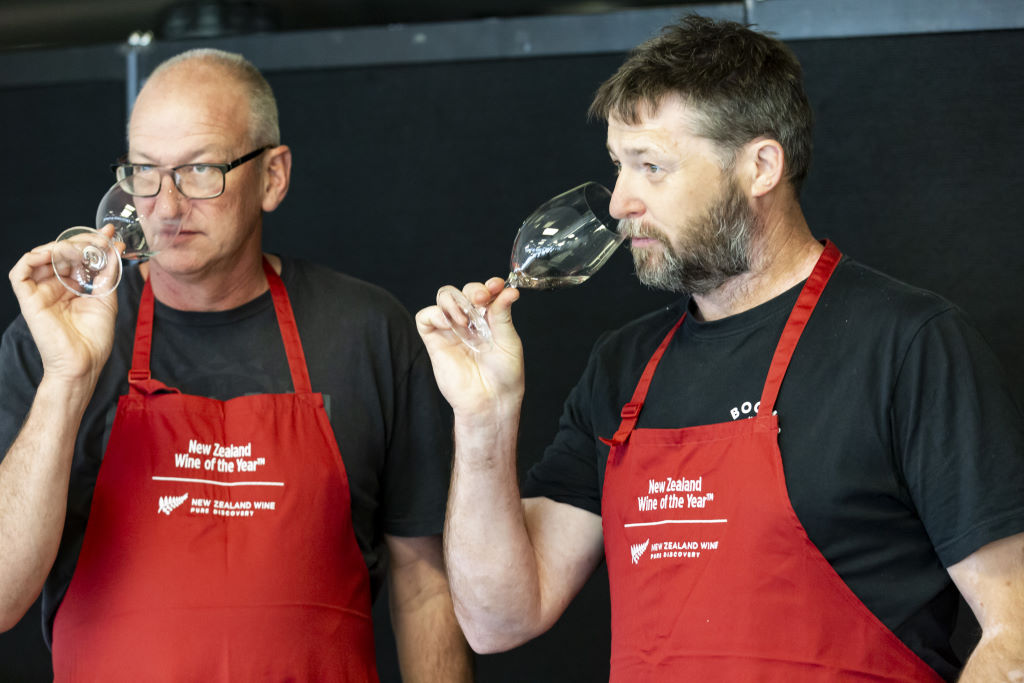 NZ Wine of the Year_Judges Warren Gibson and Ben Glover

Marlborough dominated the gold medal tally with close to 50% of the awards with a particular strength in the Sauvignon Blanc category. Central Otago was prominent in Pinot Noir, and Hawke’s Bay dominated the full-bodied red category, while also fighting Marlborough for Chardonnay bragging rights. The aromatic white varieties were well divided between regions.

“The average quality of the wines was very high, with a strong return of both silver and bronze medals suggesting the current vintages of 2018 and 2019 are both good ones” said Mr Gibson.

In addition to the 75 gold medals, 235 silver medals and 456 bronze medals were awarded by a team of 29 judges. There was a total of 766 medals awarded across 15 classes, including the Provenance Class, in which wines were judged over three vintages.

The 75 gold medal winning wines are now vying for the Regional and Varietal trophies announced on 4 November.