A great start to summer for Rockburn Wines, with a hat-trick of golds in Sydney! 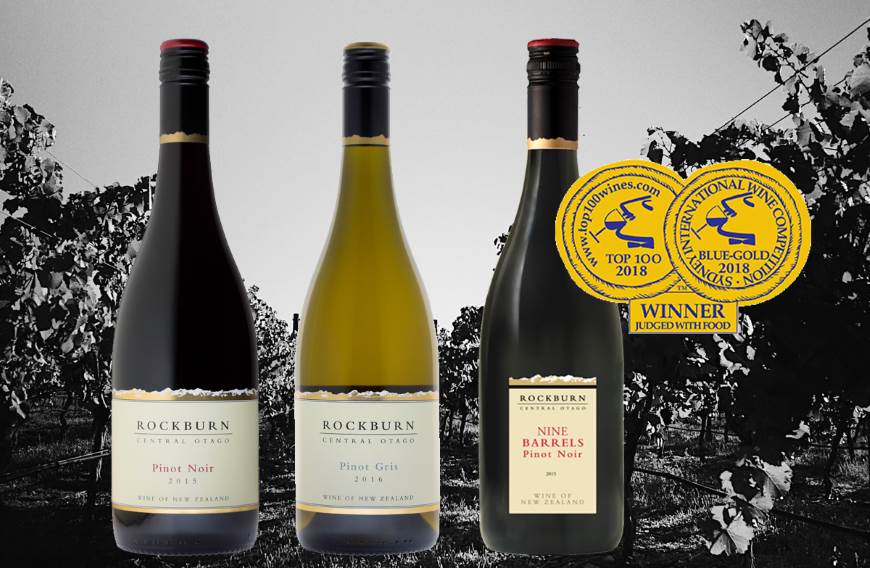 Now in its 34th year, this competition is unique, in that it judges its finalists beside food dishes of similar palate weight. A panel of thirteen international judges led by Kym Milne, Master of Wine (MW) assessed 2,000 entries via a three phase blind judging system, which includes the final 400 wines being assessed with food.

Rockburn received gold medals for their Pinot Noir 2015 and Pinot Gris 2016. Their Nine Barrels Pinot Noir 2015 received a Blue Gold Medal and was rated one of the Top 100 wines of the competition.

“The benefit of the Sydney International Wine Competition is that the top wines are re-judged with food, and therefore wines with good balance tend to show up really well in the line-up,” said Chair of Judges Kym Milne MW. “The Pinot Noir category was dominated by wines from New Zealand; in fact all the gold medals were awarded to Kiwi Pinots, including some great examples from the Central Otago region.”

“As a small boutique producer, we are delighted to have received 3 gold medals in this highly regarded competition,” commented Rockburn General Manager Rebecca Poynter. “Furthermore, the competition is extremely relevant, given that wine is best appreciated with food, and it’s a testament to Rockburn’s winemaking style that these wines have been judged as highly food friendly.”

Rockburn takes its name from the rugged, rock-strewn, burn-scarred landscape of Central Otago. The boutique producer has two vineyards, one on the Gibbston Back Road in the Gibbston Valley, and the other at Parkburn in the Cromwell Basin with its state of the art winemaking facility based in Cromwell.  Rockburn not only produces Pinot Noir of stunning quality but also award winning Sauvignon Blanc, Pinot Gris, Riesling, Rosé and Fumé Blanc.