Nearly 40 yachts raced across Cook Strait to deliver 29 Marlborough wines to the Capital in the WineWorks Wine Race.

Over 250 people were involved crewing the yachts on 1 December in one of New Zealand’s largest off shore yacht races. Waikawa Boating Club gained yacht entries from across the country, with some skippers sailing their yachts from Auckland for the annual event. Saint Clair Family Estate and Mahi Wines were well represented with both having four wines being involved in the race.

Since 2001 this epic yacht across the unpredictable Cook Strait has combined the excitement of offshore racing with delivering top Marlborough wines to the Wellington. While uniquely New Zealand, the yacht race is loosely based on the traditional “Beaujolais Nouveau” where the first of the season Beaujolais wines are transported from France to the UK.

Starting just outside Tory Channel in the Marlborough Sounds, hardy skippers often push the limits in potentially testing conditions. This year saw spectacular weather for the day of the race, however it was a more adventurous crossing the following day for those returning to Marlborough. 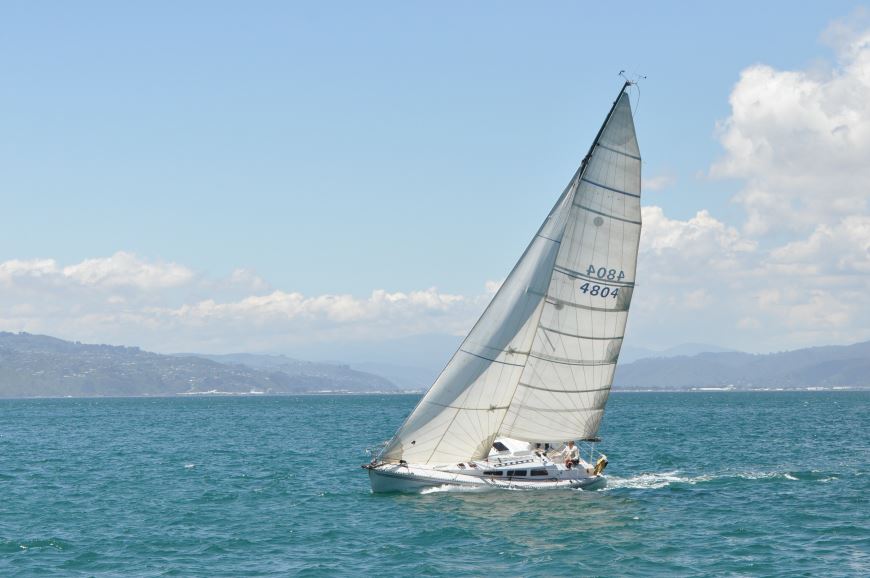 Wine Marlborough Marketing and Communications Coordinator, Harriet Wadworth, was thrilled that the 2017 event had the highest number of wine entries to date. “As well as the excitement of the big race across Cook Strait, we also showed off our region to media and trade in the lead up with a series of smaller races, the Wine Marlborough Twilight Series. This gave people the opportunity to have a go at sailing, experience the Marlborough Sounds and enjoy the brilliant wine and local produce Marlborough is world famous for.”

Next years race is set to have even more yachts and wine companies involved, with many considering the WineWorks Wine Race a key event on the racing calendar.
@WineMarlborough #WineRace