Rapaura Springs Wines are delighted to announce two new arrivals to the winemaking team, each relishing the opportunity to become part of a wine business that is thriving after a stellar run of success. 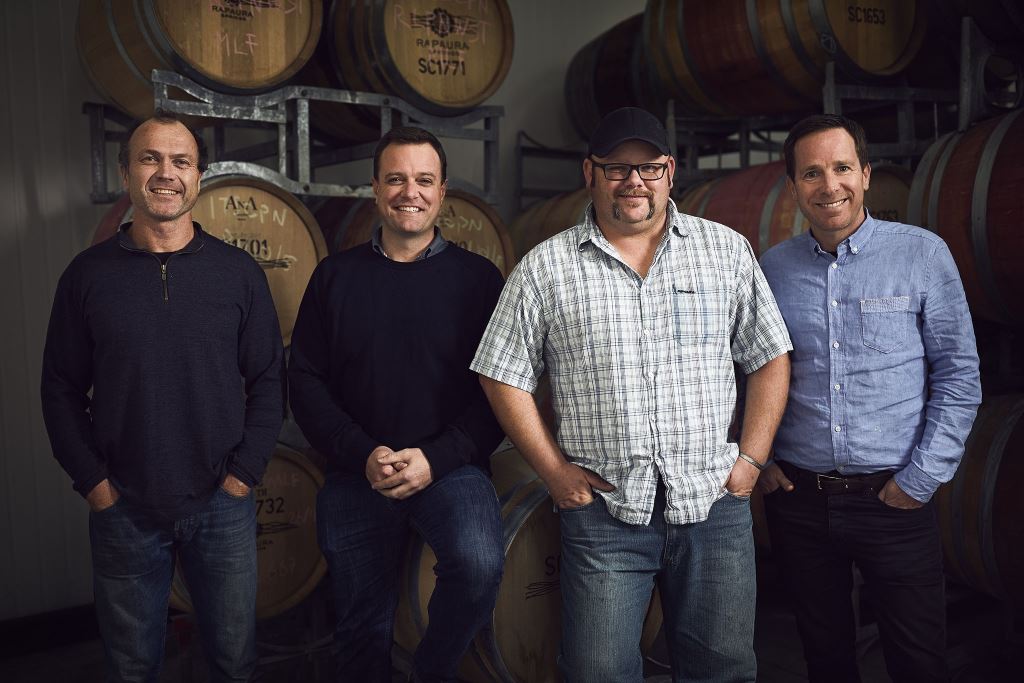 Director and co-owner Brendan Neylon is determined to raise the bar by investing in expertise to further grow the quality of the Rapaura Springs wines. Not wanting to “rest on our laurels” despite having won International Wine and Spirit Competition Trophies for both the New Zealand Wine Producer of the Year and Sauvignon Blanc in 2015 and, more recently, receiving two 92 Point Wine Spectator scores (topping the New Zealand tasting), he’s delighted to have two new faces join the very capable Michael Bann in the winemaking team.

Matt Thomson is a name that many, familiar with Marlborough, will know and respect. As an international consultant he has been involved with some of the most successful Marlborough and European wineries. Both the IWC White Winemaker of the Year and Winestate NZ Winemaker of the Year trophies have recognised his winemaking on both global and national stages.

Matt is looking forward to working with Brendan and the Rapaura Springs team in this new challenge. He has played an integral role in the crafting the 2017 white wines which are hitting the market now. He says “it has been a pleasure so far to work with the talented team of winemakers and consultants, ambitiously assembled by Brendan. I think, as the closest winery in proximity to the Dillons Point area, Rapaura Springs has a distinct advantage to capture the freshness and intensity that this sub-region confers. The 2017 wines show an impressive aromatic lift and fineness on the palate.”

Matt joins our other “super-charged” consultant, Sam Harrop MW. Sam brings a wealth of knowledge and insight, always seeking new and innovative ways to refine and elevate the wine quality. Sam has been involved with the winemaking and marketing of Rapaura Springs wines now for three years. His work has contributed greatly to our recent run of success and will continue to do so as part of this comprehensive team

Pulling it all together is Gus Altschwager, our new General Manager of Viticulture and Winemaking. Gus joins us from a background of fourteen years of winemaking through Australia, France and New Zealand. Most recently he held the position of Marlborough Regional Winemaker at Oyster Bay where he managed all facets of their winemaking facility. As neighbours of the Neylons and their vineyards, he has enjoyed observing the rapid ascension of Rapaura Springs. Gus is excited to be leading the new star studded team, broadening his range of responsibilities with a more intimate association that a family-run winery offers.

Brendan adds “We’re assembling a world class team to establish a new standard in high quality, authentic Marlborough wines. Wines that the region can be proud of and that consumers will love, that’s what we’re all about”.

The Neylon family have a long, proud, association with premium exports from the Marlborough region, having been involved in pioneering the green lip mussel industry in the late seventies. In the early eighties they purchased prime vineyard land in the Rapaura and Dillons Point sub-regions. A 20-year business partnership was formed with the Wiffin family when a grapevine nursery was established to supply their vineyards and others in the region. Rapaura Springs’ wines have been made for 10 years at their modern and efficient winery in Spring Creek. It’s one of the largest family owned wineries in New Zealand.