Rockburn’s highly acclaimed 2013 Pinot Noir from Central Otago added international ratings by the world’s leading wine publications to its scorecard, receiving 92pt by The Wine Enthusiast and a 90pt rating by The Wine Spectator.

General Manager, Paul Donaghy says: “We are thrilled to be recognized by these top US wine publications, especially after launching our wines into the States, the largest wine market in the world, only a few months ago. We teamed up with American Estates Wines as our exclusive US importer last year, who are very passionate about our wines and we’re pleased that our highly acclaimed Central Otago wines can now also be enjoyed by American wine lovers.”

The boutique producer’s flagship wine only recently scored double Gold for their 2013 and 2014 vintages at the Drinks Business Global Pinot Noir Masters tastings in the UK.

American Estates Wines, considered the longest operating importer of New Zealand wines to the US, has represented Rockburn, and its sister brand Devil Staircase Pinot Noir and Pinot Gris, exclusively since September 2015.

Founded in 1986 by George Galey, American Estates Wines selects, imports and markets single vineyard and small estate wines from New Zealand, Australia, Chile, in addition to its domestic portfolio. The company is listed by The Wine Advocate as one of the top specialty importers in the US. 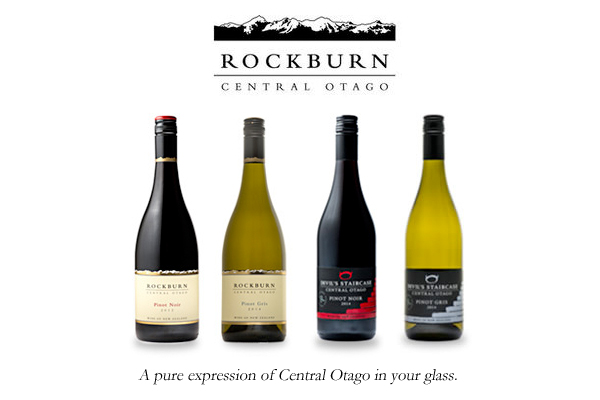 About Rockburn Wines:
Rockburn takes its name from the rugged, rock-strewn, burn-scarred landscape of Central Otago. The boutique producer has two vineyards, one on the Gibbston Back Road in the Gibbston Valley, and the other at Parkburn in the Cromwell Basin with its state of the art winemaking facility based in Cromwell. Rockburn not only produces Pinot Noir of stunning quality but also medal winning Sauvignon Blanc, Chardonnay, Pinot Gris, Riesling, Rosé and Fumé Blanc.