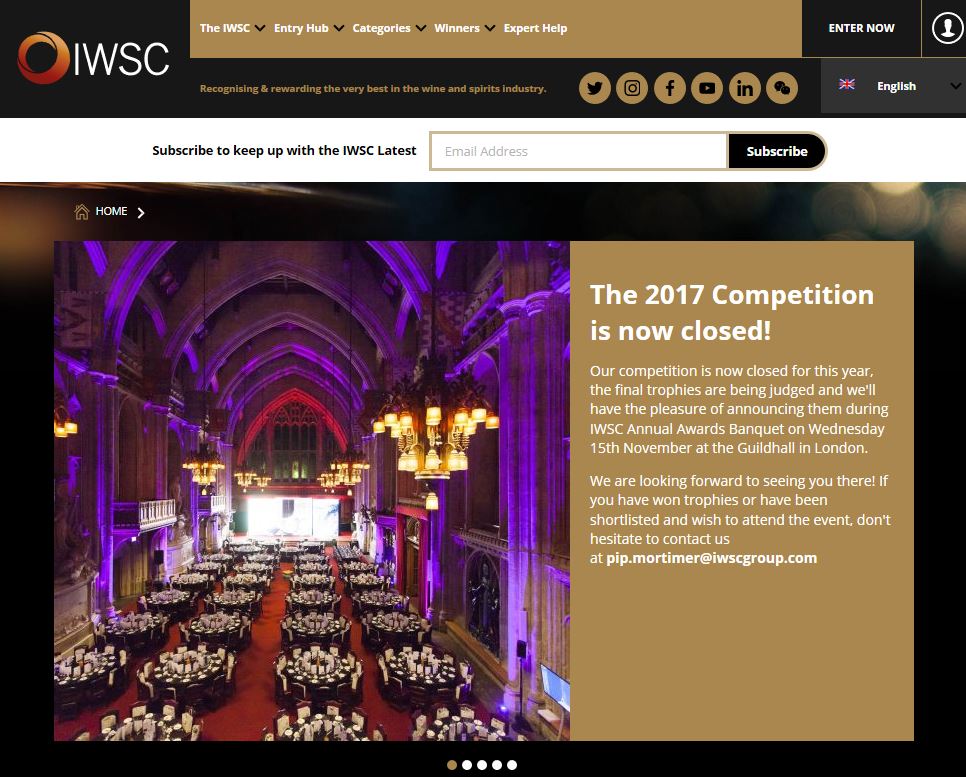 New Zealand continued its tradition of beating all international entrants to win the Pinot Noir Trophy with the Takapoto Single Vineyard Bannockburn Central Otago Pinot Noir 2012 and the Sauvignon Blanc Trophy with the Tesco Finest* North Row Vineyard Marlborough Sauvignon Blanc 2016 made by Villa Maria. It also delivered a gold medal haul that spanned a diverse array of styles, which included a noble Sauvignon from Marisco Vineyards, a late harvest Sauvignon from Giesen and a botrytised Riesling from Oyster Bay.

“New Zealand’s Trophy wins at this year’s competition show that the country remains at the top of its game with these varieties,” commented IWSC NZ Panel Chair, Jo Burzynska. “However, it was also encouraging to see the other styles the country can do so well gain international recognition, such as the dessert wines that were highly awarded at this year’s show.”

“We are delighted with the results New Zealand wines achieved at IWSC this year. It’s great see a continued focus on premium Sauvignon Blanc and Pinot Noir, as well recognition of the quality coming from a wide range of other New Zealand wine styles”, said Philip Gregan, New Zealand Winegrowers CEO.

Gold medals were awarded to the following NZ wines: