The Trademark Chardonnay was tasted as part of a recent New Zealand review of nearly 500 wines and, along with five other wines, was awarded the top score of 94/100 points but was the only Chardonnay to do so.

This international result follows on from the success of the Trademark 2016 Syrah in The Global Masters 2019 series where it was awarded a Master medal, along with winemaker Rod McDonald being named on the inaugural Master Winemaker 100 list by the drinks business (UK) two months ago. 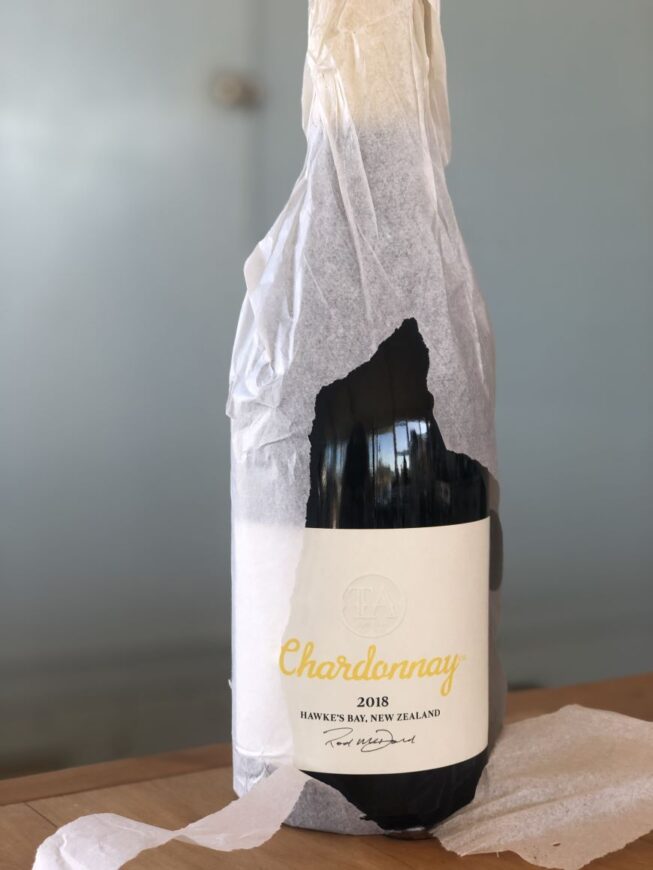 “When we set out to make wine at Te Awanga Estate we did so with a goal of being able to benchmark ourselves alongside the best in the world.  The results we’ve seen recently show us that our early confidence in what New Zealand and Hawke’s Bay can produce was not mis-placed.”

Trademark Chardonnay and Trademark Syrah are the flagship wines of Te Awanga Estate.  Only made in a good vintage with exceptional fruit and limited bottles.

“I believe Syrah and Chardonnay grown in Hawke’s Bay will become the most important red and white varieties for our region. This is why with our flagship wine, Trademark, we’ve focussed solely these two varieties.  When they’re grown here, they show the unique qualities of our place, as well as any of the great wines of the world. That’s a very rare and special thing.”

Wine Advocate reviewer, Joe Czerwinski, said the Trademark 2018 Chardonnay “…has an impressive structure, built around a core of citrusy acids and buttressed by fine

French oak.  The flesh is all white peaches and pineapple with generous, silky-custardy texture, while mineral notes of struck flint appear on the nose and wet stones show up on the lingering finish.  This could live up to a decade.”