VINTAGE SIXTEEN is a new 45-minute documentary film about the 2016 southern hemisphere wine harvest and will be released worldwide via VIMEO on 12th October 2017. The film has won an award at the 2017 International Wine Film Festival in Santa Barbara, California.

VINTAGE SIXTEEN is a visual journey through vineyards, wineries and landscapes and most importantly meets some of the passionate people behind winemaking. Wine producers from across Australia, New Zealand, South Africa, Chile and Argentina appear on screen to talk about the demands of winemaking and to reveal what they love most about the role. 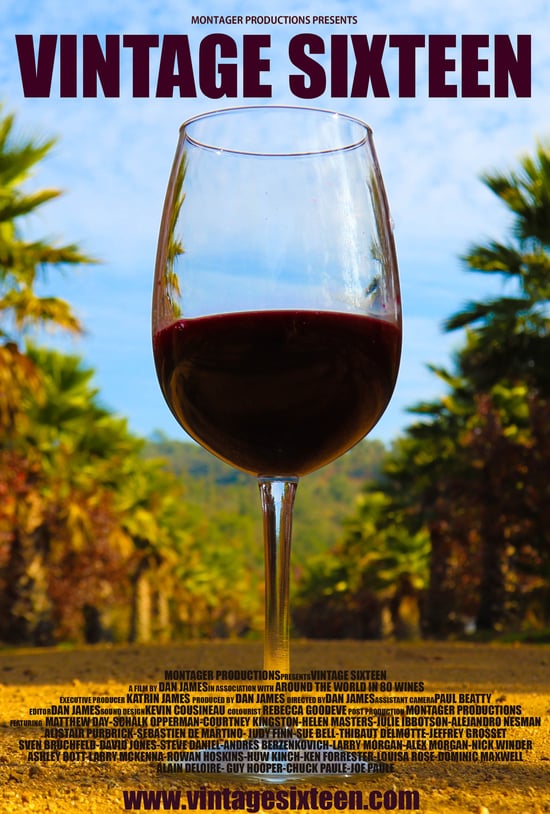 Oxford based film-maker Dan James conducted forty winemaker interviews between February and May 2016 and recorded up close footage of the vineyards and winery work with waterproof cameras.

Australian winemaker Jeffrey Grosset is featured in the film and commented: “ If this doesn’t bring out emotion to pretty much anybody then maybe we are not thinking about what the human race is about and what food and wine is about. Seeing this film is a wonderful reminder how fragile and in some ways exposed we are to the elements and how at least we should attempt to take care of it.”

Dan James said: “We have been looking forward to making the film available to wine enthusiasts worldwide but also to people who do not know much about winemaking. Through its observational style it helps to lift the lid on what it takes to make wine and the passion of those involved certainly shines through via some great characters.”