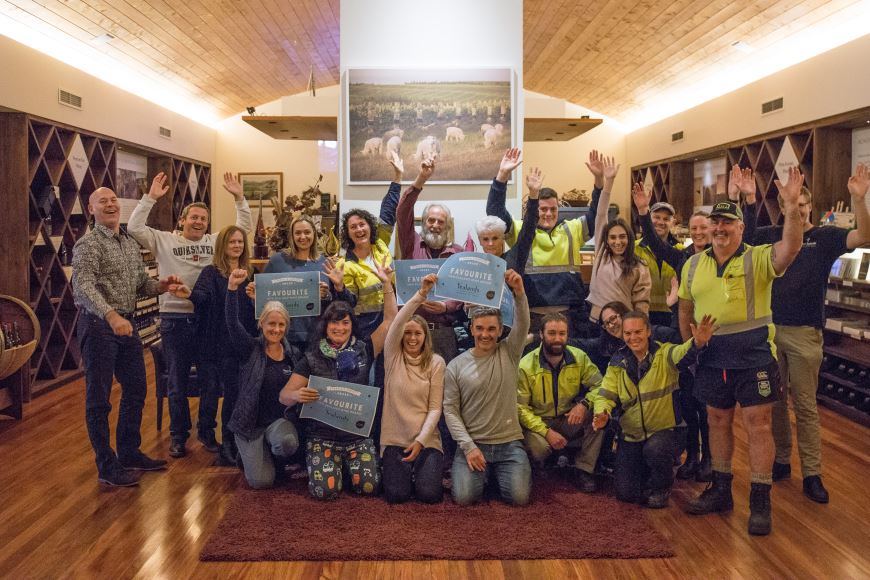 This was the inaugural People’s Choice Award, run by New Zealand Winegrowers, and offered the chance for New Zealanders to choose their favourite wine brand.

Angela Willis, Manager of Global Events at NZ Winegrowers, was delighted by how many New Zealanders supported the new initiative. “We initiated the People’s Choice as we wanted to engage Kiwi wine drinkers in the Air New Zealand Wine Awards and acknowledge the vital role they play supporting the New Zealand winemaking industry,” said Angela Willis. “We are delighted with the level of support we received this year and it was heartening to see so many wineries supporting the voting and so many Kiwi wine lovers getting involved. Congratulations to Yealands for collecting the inaugural People’s Choice Award.”

Peter Yealands, Founder of Yealands Family Wines, was in freezing temperatures in Germany promoting the Yealands range when he heard the news. “It’s wonderful to receive this news from home,” said Peter Yealands, “it’s really taken the edge off the cold! I’m so proud of everyone at Yealands, for all their passion and hard work, and commitment to making exceptional wines that are enjoyed by so many people. It’s heart-warming to hear that New Zealanders have voted for us as their favourite New Zealand wine brand, especially as our company’s not even ten years old; it shows we’re doing something right! Cheers to everyone who voted for us, I’ll raise a glass to you all when I get back to New Zealand.”

Yealands are recognised internationally for their sustainable and innovative practices across their entire winemaking process, and are regarded as the most sustainable winery in New Zealand. Established in 08.08.08 they are one of New Zealand’s youngest wineries but have already won a number of substantial sustainability awards, including The Botanical Research Institute of Texas (BRIT) 2017 International Award of Excellence in Sustainable Winegrowing, as well as 29 Trophies and over 1,600 medals and accolades for their wines.

About Yealands Wine Group
Yealands Family Wines was established in 2008 by Founder Peter Yealands. In 2011 Yealands Wine Group was formed, when Yealands Family Wines acquired a number of well-established New Zealand brands, including successful Marlborough-based brand The Crossings and its three spectacular Awatere Valley vineyards. The combined entity is now one of the largest 100% domestically-owned New Zealand wine companies, with a global reach of more than 75 international markets.