Hunter’s Wines have again won the Rose Bowl at the Royal Easter Show Wine Awards 2017 for their Hunters Riesling.

The 2017 Rose Bowl Award has been awarded to Hunter’s Marlborough Riesling 2016, 2010, and 2006 at the Royal Easter Show Wine Awards Gala Dinner last Friday night. Presented by Minister of Finance Hon Steven Joyce, the dedicated annual award is to identify and reward wines that have evidenced a capacity to develop grace and complexity over time. 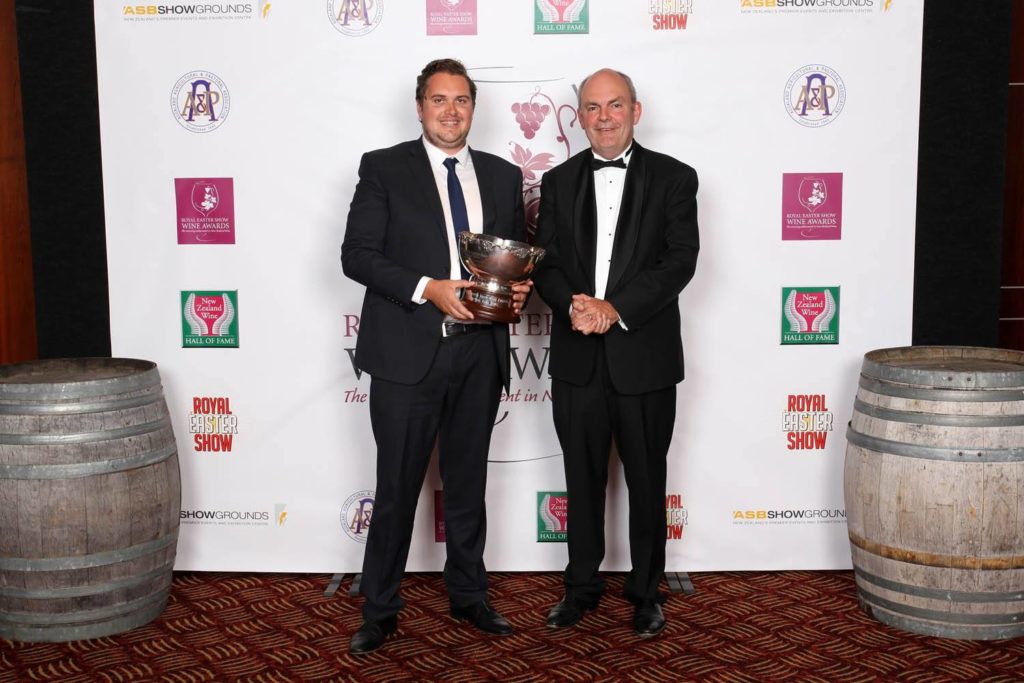 Hunter’s Winemaker, James Macdonald, was present at the black tie event to collect the trophy and commented on the achievement, “Riesling has always been seen as a strength of Hunter’s and to be recognised by the Rose Bowl Trophy once more is great. What’s more pleasing as a winemaker is the link to cellaring potential, we know that Riesling can age very well. We continue to strive to produce great Rieslings.”

Last year Jane Hunter received the Wolf Blass AM Award in Australia recognising Hunter’s contribution to Riesling. Naturally, Jane was excited by the news of the Rose Bowl saying, “I’m always humbled by these accolades but of coursed thrilled too. We pride ourselves on producing wines with drinkability now and with cellaring potential. The Rose Bowl is an achievement we will cherish, especially with Riesling, it is an exciting variety with great versatility.”

ABOUT HUNTER’S WINES
Hunter’s Wines are recognised as one of the pioneers of the Marlborough wine industry and one of New Zealand’s best known family owned wineries.  Established by Irishman, the late Ernie Hunter in 1979, the company is now headed by Jane Hunter, CNZM, OBE.

Some 30 years on, Jane is the most awarded women in the New Zealand wine industry with an impressive set of accolades, including an O.B.E and was made a Companion to the New Zealand Order of Merit. Jane is backed by a great team and three generations of family.