Nelson Tasman’s Tincan Wines is on a mission to get more New Zealanders drinking natural wine, and part of a growing natural wine movement in this country.

Owners Nick Candy and Laura Tinnelly started the winery in 2016 after returning from France and the UK to settle in the Nelson Tasman region. The name Tincan comes from a combination of the couple’s surnames. 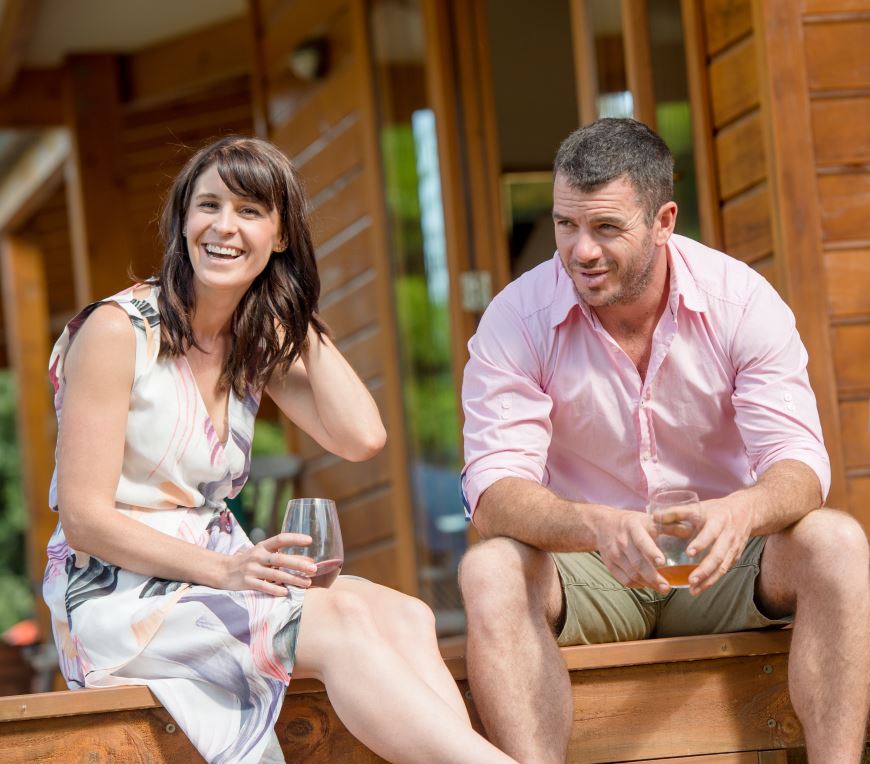 Nick is the winemaker, and Laura manages the marketing side of the winery as well as traveling between New Zealand and Silicon Valley in her role as an internal communications strategist for Cisco Systems.

Nick’s winemaking journey began with a degree at Lincoln University, before he went on to work at Felton Road and Peregrine in Central Otago, The Crossings and Yealands in Marlborough, and Riversun and Marlborough Vintners. A stint in Australia followed firstly at McWilliams in Sydney, as the night shift operations manager and then cellar manager, this also included a senior role running the production and product development with Jim Beam Australasia. Nick then spent two years chasing vintages internationally before stopping in France, running the winery at Domaine Stephane Montez in the Rhone Valley for a further two years.

Nick was inspired to make natural wine after working in Australia and the US, where winemakers have a tendency to make wine in the laboratory, following a “recipe” as such, and using plenty of additives. This is in stark contrast the approach of the Old World, especially in the Rhone Valley, where producers use minimal intervention tactics, always do things in service of the terroir, and make amends to a wine according to how it looks, feels and tastes.

Nick began his own winemaking venture by purchasing a small amount of fruit in 2016 to produce the first 1000 bottles of “Tincan”. He then leased a small 3 ha vineyard in Mapua, with Sauvignon Blanc, Chardonnay, and Pinot Noir vines. The 2017 vintage is the first to be made primarily with his own fruit, sourced from this block.

Tincan Wines is a boutique label, producing only 5000 bottles each year. Despite the limited quantities of each vintage, Nick emphasises that the wines are made to be consumed, rather than stored or cellared.

Tincan’s vineyard is run using organic viticulture practices and is currently moving towards gaining organic certification, which will be attained in time for the 2019 vintage.

The wines are made using minimal intervention from start to finish, with no filtering and no additives or preservatives like sulphur or fining agents. The grapevines are sprayed only three times a year as opposed to the standard 10-15 sprays per year. The grapes are hand picked with no mechanical assistance, and the wine is bottled and labelled by hand. Soil balance is of prime importance, and the growth of clover is encouraged to benefit the nitrogen cycle. The yeast used in the winemaking is encouraged to come through from the vineyard.

Tincan’s new vintage wines are Sassy Sauvignon 2017 and Persuasive Pét-Nat 2017 (limited release of 900 bottles of this natural sparkling wine), with the Practically Pinot Noir 2017 to come later in the year. 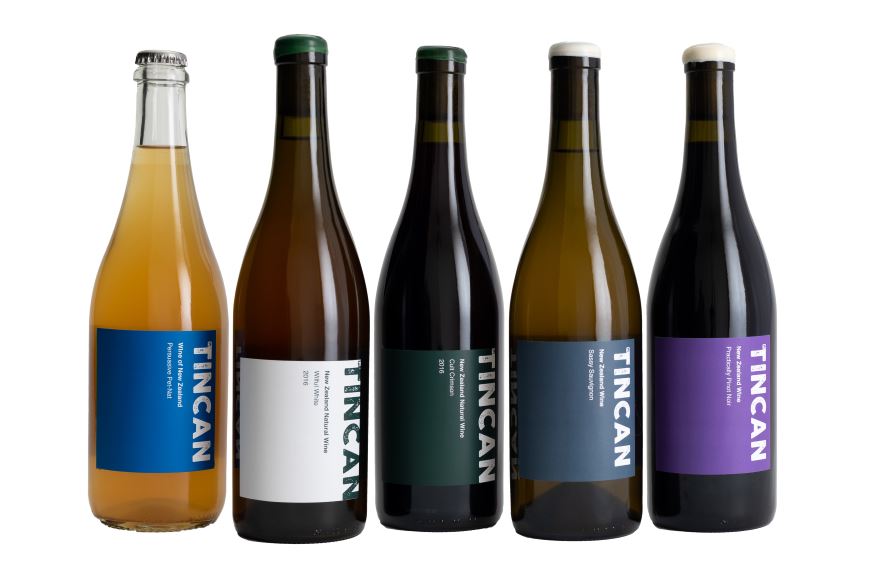 “Some of the top Michelin restaurants around the world are moving towards having exclusively natural wine lists,” says Nick. “Noma in Copenhagen is a good example.” Nick adds that New Zealand restaurants and wine suppliers are beginning to add natural wines to their wine lists, and a handful of select outlets are stocking Tincan Wines: The Gatherings restaurant in Christchurch, Sidart and Orphans Kitchen in Auckland, and Cult Wine in Wellington. With the new vintage release there are new partnerships starting with other establishments for refreshed wine lists in the near future, including the Parasol and Swing cocktail bar in Auckland’s Viaduct.

“There is so much to love about natural wine. We are really keen to see New Zealanders trying natural wine and enjoying the benefits of drinking wine that we believe is as wine should be.”