The Hawke’s Bay Wine Auction pre-tasting event being held on 19th August is a sell out.

The Pre-Tasting event is an opportunity for people to sample the 41 auction lots which will be up grabs, a month later at the main auction event on 19th at Toitoi Hawke’s Bay Arts and Events Centre.  650 lucky people will be in attendance at what is now known as New Zealand’s premier wine event.

Tickets for the Wine Auction event are on sale now and are selling well – General Manager Elisha Milmine says,  “We are thrilled with how the tickets have been snapped up for the pre-tasting event and with only 650 tickets available to the Wine Auction in September we will now be focusing our energies on selling this event out too”.

This year’s auction sees some of Hawke’s Bays’ most prestigious wineries providing 41 unique never-to-be-repeated lots of wine, many of which are being specially blended, just for the event. 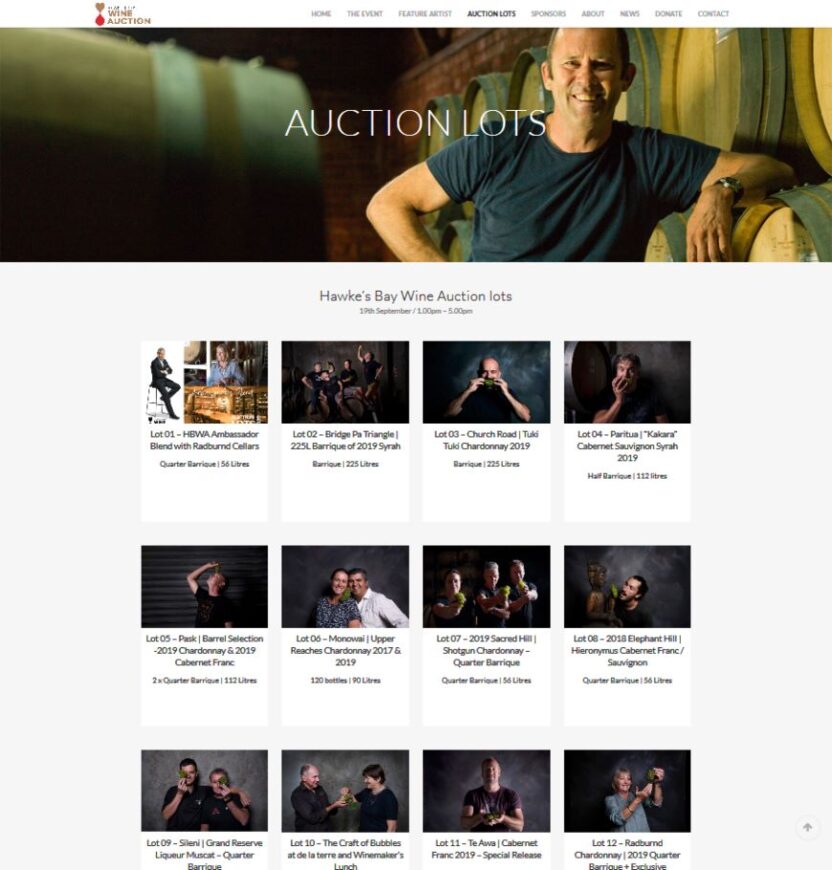 Milmine says ‘We also have an exciting addition to be auctioned this year.  A unique 24-vintage collection of Te Mata Coleraine, 1994 – 2018 (minus non-producing 2012). Opportunities to acquire a piece of New Zealand heritage like this are exceedingly rare.’

In 2018 a Coleraine vertical collection of 32 vintages went for $19,000 under the hammer at auction.

“WineWorks, Director and Hawke’s Bay Wine Auction, Principal Sponsor – Tim Nowell-Usticke says, “WineWorks are pleased to continue into our sixth year of partnership with this outstanding event that not only promotes Hawke’s Bay wine but also gives so generously to Cranford Hospice”.

Although the pre-tasting event has sold out, its not too late to snap up tickets to the main Auction event on Saturday 19th September at www.hawkesbaywineauction.co.nz.