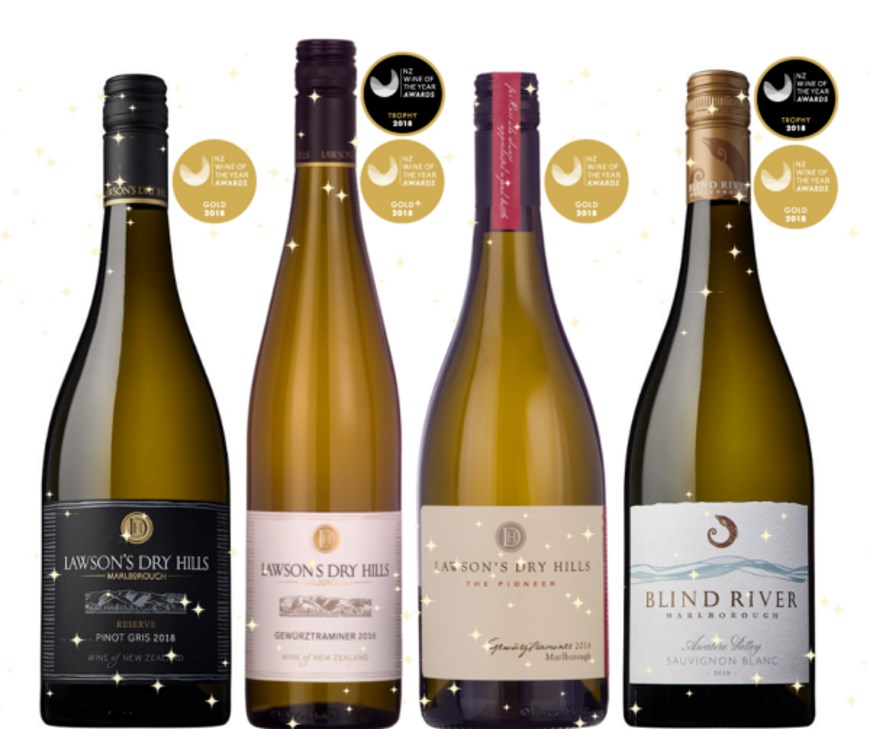 Commenting on the results, Chief Winemaker, Marcus Wright said, “It’s great to receive the Gewurztraminer trophy – that’s three years in a row and we’re delighted, but to be recognised for one of our Sauvignon Blancs is very exciting.” He continues, “The Blind River vineyard is a very special site and superbly looked after by our Viticulturist, Mark Ludemann and his team.”

The Lawson’s Dry Hills team are no strangers to awards, receiving eight gold medals in the last two weeks from New Zealand-based shows. Group Marketing Manager, Belinda Jackson comments, “Awards are great recognition of the wines we love to make. Five out of the six grape varieties we produce have been awarded gold medals this month which is great for us and for our distribution partners around the world.”

From humble, yet pioneering beginnings 25 years ago, the small team at Lawson’s Dry Hills continue to explore what they can do differently, do better. From grape to glass the company has ownership of every part of the process and believes this total control is an important part of making top quality wine.