Marlborough wine companies are counting their luck, after harvesting the 2020 vintage amidst a national lock-down. But the vintage will be remembered for more than winery bubbles and Covid-19 precautions, with a benign season delivering excellent fruit. 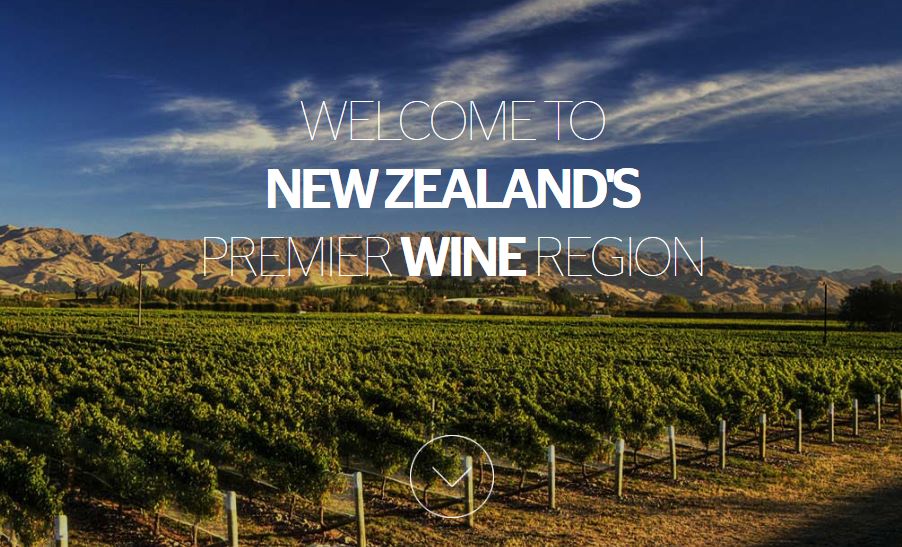 “If you didn’t panic; if you weighed up your options and proceeded calmly, then you could make the most of an extremely good harvest – one of the best we’ve had,” says Dog Point viticulturist Nigel Sowman.

On March 23, wine operations were categorised as essential businesses by the New Zealand Government, allowing the industry to operate through Alert Levels 3 and 4, contingent on strict criteria. Countless employees were sent home, and rigorous measures were put in place in vineyards, transport, accommodation and wineries, says Wine Marlborough general manager Marcus Pickens.

“People took it incredibly seriously. They recognised the privileged position the wine industry was in, and the risk of it being shut down at any time,” he says. “The adoption of new ways was swift and extreme and, as it turns out, incredibly effective. People were kept safe, the grapes got off the vines, through the presses and into their tanks and barrels, and it sounds like the quality of fruit is incredible.”

Nigel says it was a vintage of two halves for the company, with the “very labour intensive” process of hand picking Pinot Noir and Chardonnay largely completed by a full complement of staff, before Covid-19 changed the face of Marlborough’s harvest.

When New Zealand went into lockdown, Dog Point retained six vineyard staff, plus Nigel, with everyone living on the property, either in their own houses or in luxurious accommodation at The Bell Tower. “What we ended up with was a very small, tight-knit team,” says Nigel. The winery crew, including Nigel’s wife Kathy, were also living on the property, all part of the same isolation bubble. “There were 17 of us that made this harvest go smoothly to capture the quality.”

Dog Point founder Ivan Sutherland was a steady hand at the helm throughout, and resolved that they needed to continue hand picking, staying true to the ethos of Dog Point, while showing commitment to the sustainability of contractors, says Nigel. “He made a decision that instead of panicking, to be very calm about what we did.” With fantastic weather, clean and beautiful fruit, and good protocols, there was no reason not to hand pick, he says. “And we have been able to do it extremely efficiently, keep people employed, and stay true to our same quality levels.”

He admits if the lockdown had occurred in a year like 2018, when disease and weather pressure made for incredibly complex harvest conditions, the industry would have struggled to get through. Instead, they had beautiful conditions, with a long dry season, slightly cooler towards the end, resulting in a slightly longer hang time. “When the season is fractionally later, you can develop maximum flavour in your grapes.”

Rob Agnew, from Plant & Food Research Marlborough, says this season was drier for longer than the previous year, with just 43mm of rain between December 21 and April 21, compared to 185mm in a normal year. Most of that rain was between March 26 and April 18. However, despite the very dry conditions in 2020, vines fared far better than the summer of 2019, when a similarly low amount of rain fell in January and February. In 2019, Wairau River water restrictions kicked into place on February 1 and ran through until March 8, with the exception of one day. That resulted in crippling water stress in some vineyards, and growers trucking water to parched vines.

Rob says the main reason the 2020 season did not suffer the same water stress was the big dump of rain between December 16 and 20, 2019, which ensured plants, soils and waterways were more resilient to the subsequent dry patch, long as it was. The Wairau River was only off for seven days this season, says Rob, noting that the industry ”dodged a bullet”.

Growing degree days were well above average, but lower than the previous two years, which Rob describes as having delivered “pretty brilliant, out-of-the box” summers. The 2019/2020 summer, from the second week of December through most of January, was cooler than average, he says. However, temperatures in February were well above average, ensuring a good start to ripening.

March was slightly cooler than average, but with warm days and cool nights and almost no rainfall. This was good news for grape growers, because it allowed fruit to ripen in ideal conditions without any disease pressure from botrytis bunch rot. The lower night temperatures would have helped to retain acids, with cool autumn nights part of the magic of Marlborough Sauvignon Blanc.

Plant & Food Research’s four long-term Sauvignon Blanc monitoring blocks indicate that berry size this year was a lot smaller than average, as was the case in 2019, which Rob surmises was due to the dry weather during January and February, and running into March this year. A big dump of rain in late December or early January can result in big berries, “and the opposite is also true”, he says.

Bunch numbers were also down this year, due to cool temperatures in late November 2018, when the 2020 bunches were initiated. However, warm weather in late November and early December 2019 saw excellent flowering for Sauvignon Blanc, so berry numbers were well up on average, resulting in final yields being average, or close to it.

Looking forward to next vintage, Plant & Food’s Sauvignon Blanc yield prediction model – based on temperatures from November 10 to December 10, 2019 – shows 2021 bunch numbers should be well up on 2020.
Rose Family Estate winemaker Nick Entwistle says great fruit made for happy workers in the 2020 vintage, setting the tone for positive – if unusual – winery work. “Not having disease or rain pressure made things a lot easier,” he says. “The sun was shining every day and people were turning up to work happy.”

Poor quality fruit makes for much more work in a normal vintage, but would have been far worse if layered on the pressures of a Covid-19 harvest, he says. “If there was average quality fruit it would have been hard to keep people motivated.” Instead they had sunny days, cool nights, low disease and good crop levels, with the ability to “pick and choose” throughout harvest.

Nick says the fruit had “really nice balance” this year. Pinot Noir and Pinot Gris volumes were back up to average and Sauvignon Blanc was at average yields, or above average on some blocks. The conditions enabled a longer ripening period, resulting in good fruit from blocks that had struggled in recent years.

Operations in the winery were adapted to meet Level 4 criteria, but the existing procedures – required for British Retail Consortium (BRC) certification – meant the changes were not extreme, Nick says. However, the extra care and attention required of every person had unexpected consequences in terms of work ethos, he says. “We were asking so much of them, and subconsciously some of that translated into the way people were working in the winery.”

People were looking out for everyone else and working under pressure, and that meant “people were here for business”, he says. “We had a really good group of people and a great team vibe, with everyone really committed.” Staff were given a few days off at the start of Easter, but lockdown conditions meant they were eager to get back to work, he says. “Vintage was a nice distraction for us.”

Nick, who is also a Marlborough Winegrowers board member, said the industry was lucky to have New Zealand Winegrowers (NZW) and Wine Marlborough advocating for them at Government level when the country approached Alert Level 4, reassuring the Ministry for Primary Industries that the sector could operate safely as an essential provider.

The guidance subsequently given by NZW was well received by companies, Nick says. “It set the tone for what their expectation of us as members was.” And the industry responded in all the right ways, putting in place the checks and balances required, he adds.

Marlborough Mayor John Leggett praised the local wine industry for successfully handling the 2020 vintage under extreme circumstances. “Wineries had to adopt stringent health and hygiene regimes, particularly as they were managing local and overseas vintage workers, harvest crews in the field and transport operators. Some local staff have been isolated from their families for the duration of vintage,” he said, as harvest drew to a close.

“Everyone has been under huge pressure to get the grapes in, aware that a Covid-19 outbreak could knock down the workforce at any moment.”
It was to the industry’s credit that harvest was completed without incident “and, by all accounts, it’s a highly successful vintage”, he said. “Wine is a very substantial contributor to the overall prosperity of Marlborough so I’m relieved that this is one Covid bullet that we’ve managed to dodge.”