Congratulations to Rhys Hall who became the 2020 Corteva NZ Young Viticulturist of the Year on 8th October.  Hall was representing Marlborough and is Assistant Vineyard Manager at Indevin’s Bankhouse. 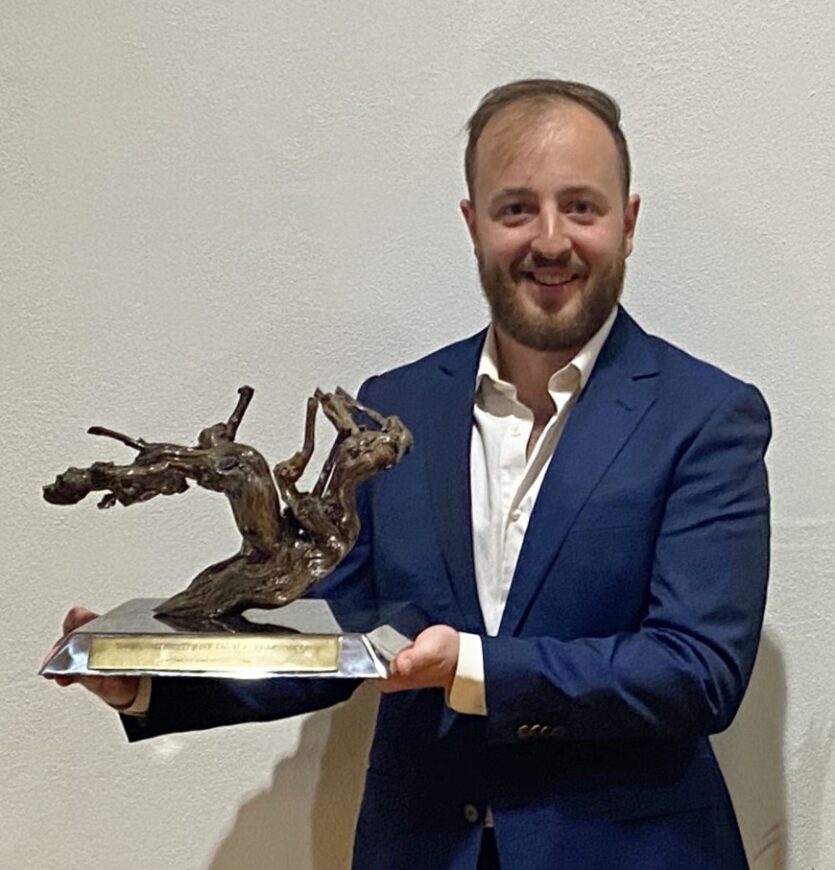 Congratulations also to Sam Bain from Constellation Brands who came second and George Bunnett from Irrigation Services who came third.

The other contestants were Annabel Angland from Peregrine Wines, Tahryn Mason from Villa Maria and Lacey Agate from Bellbird Spring.

The finalists last challenge was to deliver a speech at the Young Vit 15 Years Celebration Conference on 8th October.  Their task was to convince the industry strong audience as to why their wine region is the best to live and work in.

There were some passionate and amusing speeches.  Winners were then announced at the 15 Years Celebration Dinner at Martinborough Town Hall that evening.

There were several section prizes with Sam Bain taking out top prize for the AGMARDT research report, Annabel Angland winning the Ormond Professional Reputation Award and George Bunnett taking out both the BioStart Hortisports prize and the Ecotrellis trellising prize.

Judges were impressed with the high calibre of the young viticulturists and excited to see how determined they are to further their careers in the NZ wine industry and contribute to its growth.

The Young Vit 15 Year Celebrations brought together all the winners since 2006 where they all spoke at a conference entitled “Investing in the Future”.

It was an incredibly inspiring day as previous Young Vits now hold senior roles within the wine industry and discussed various challenges and opportunities which lie ahead for the industry.

Rhys was announced as the fifteenth winner and takes home an impressive prize package of: a Hyundai Kona for a year, an Ecotrellis Travel Grant, a Corteva educational trip to Australia, Bahco golden secateurs, a leadership week and cash.