Lane, who is the brand winemaker for Grove Mill fought off some tough competition from three other young winemakers, representing both the North and South Island. 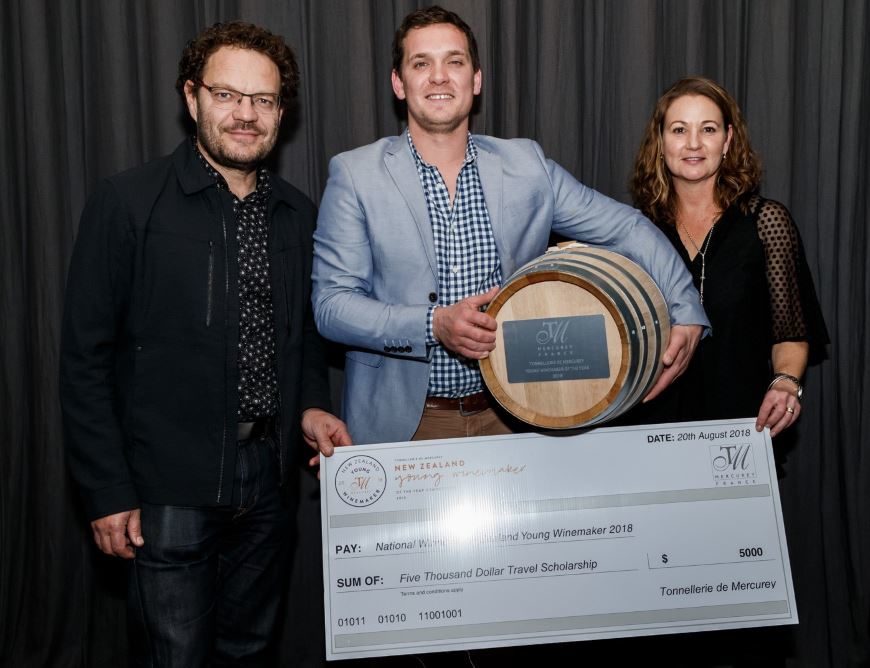 Runner up was Kelly Stuart, Assistant Winemaker for Cloudy Bay based in Marlborough.

Into its fourth year, the competition aims to promote the skills of the next generation of winemakers emerging in New Zealand. The four contestants had already battled it out in either the North or South Island regional finals, prior to taking part in yesterday’s final.

Held at Villa Maria’s winery in Auckland, competitors were put through their paces, having to complete a number of different segments ranging from capex and financial analysis, blending, general knowledge, presentation skills, wine judging, through to marketing and laboratory skills .

Sherwyn Veldhuizen from Tonnellerie de Mercurey said they are proud to be sponsors of a competition that promotes talent in the winemaking sector.

“All the competitors are under the age of 30 and are already showing their vast range of skills,” she said.

“This competition is not only about helping them to grow, but also supporting the next generation of winemakers who will help to take New Zealand wine to even higher levels in the future.”

Lane has not only taken out the title of Young Winemaker of the Year, he has also won a travel allowance, training grant sponsored by NZSVO, full registration to the 2019 Bragato Conference, a wine allowance and a fully funded trip to the Tonnellerie de Mercurey cooperage in Burgundy.

They will also be a guest judge in an upcoming tasting for Cuisine Magazine.

Organisers would like to thank the sponsors of the Tonnellerie de Mercurey Young Winemaker of the Year; Farmlands, Laffort, O-I Glass, Guala Closures, Constellation Brands, Cuisine Magazine, Glengarry and NZSVO.